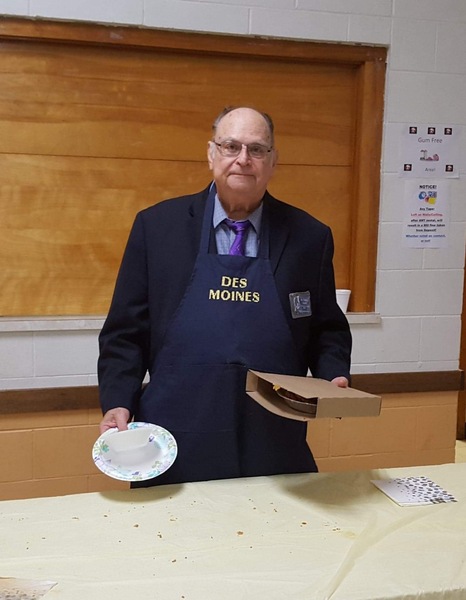 Denis Stafford Short, M.D., was born June 17, 1935 in Grand Coulee, Washington. He was the youngest of four children. He learned to cook from both his parents and became known to many for his meals especially his breakfasts.Denis graduated from the UW Medical School in June 1960. He married his wife Mary Lynne on his birthday June 17, 1960 so he would not forget his anniversary. Denis joined the United States Public Health Service later specializing in psychiatry, helping numerous veterans and retired as a Lt. Commander. Denis became a founding doctor of Pacific Medical Center. Denis assisted in the study of radiation survivors from Nagasaki, Hiroshima and later Chernobyl; receiving an award from the Japanese Medical Prefecture.Denis's career was a reflection of his faith that taught him to be generous in giving and love his neighbor as thyself. Denis was a former Demolay awarded the Chevalier and Legion of Honor, a Past Master of Des Moines Lodge #245, Past State Rainbow Dad for Washington and Idaho Rainbow Girls, a Masonic youth organization, and also supported Boy Scouts.He laid his head to rest early on December 26, 2020 knowing he had left a legacy of love, logic, humor, and faith to his children and all who he had touched. He is preceded in death by his wife Mary Lynne, his parents Eloise and Howard Short, his siblings, Edith, Jim and Bette. He leaves behind his son Patrick Michael (Crystal), grandson Spencer Webb (Ayla), daughters Laurie and Mary Beth and granddaughter Elizabeth, many nieces, nephews, cousins and all his adopted kids that he helped through the years. God would say, well done, thy good and faithful servant.In lieu of flowers, Denis asked that donations be given to Audiobook Ministries, a non-profit that digitizes faith based writings. Send donations too: 840 S. 192nd St, Seattle, WA 98148.
Published on the Seattle TImes on  December 30, 2020
Share
Tweet
Share
Your experience on this site will be improved by allowing cookies.

Note: if you enter in the words, it'll automatically generate results, or if you press enter key on the keyboard, you'll go to an overview search result page!